Misanthrope by Jean-Baptiste Poquelin Molière is the first theater show produced by Theatra. On 27th April 2011, its premiere marked the opening of this theater.

Misanthrope unfolds the story of love poisoned by the society, lies, deceits, hypocrisy, secrets and fabrications. It tells the story of a conflict with oneself aroused by a conflict with the society, by the urge for sincerity as opposed to negligent lies. A comedy that makes you laugh, cry, that gets you exasperated, relieved and perplexed while it uncovers the whole truth about love and affection in the society in front of the audience.

The costumes were made by Ivana Knez, the music by James Russell. The poster was designed by Magdalena Dilevska and Iva Dujak is the head of the marketing. Dramaturgy of Misanthrope was done by Gorjan Miloshevski. It is directed by Biljana Radinoska and produced by Marija Zafirova. 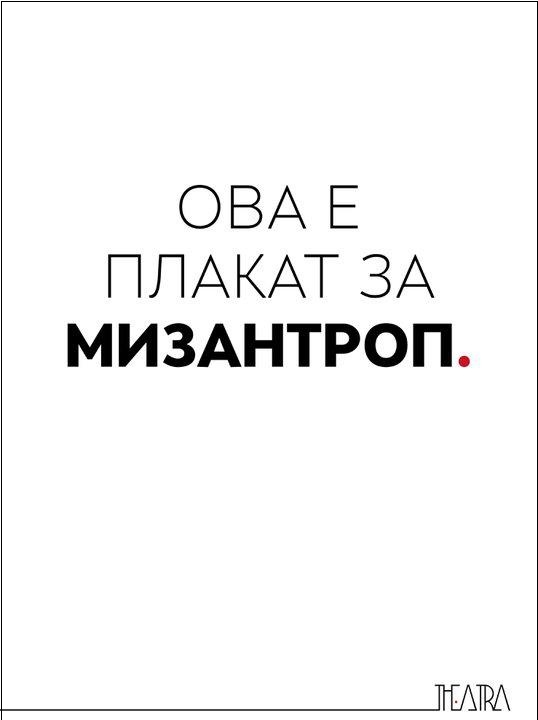