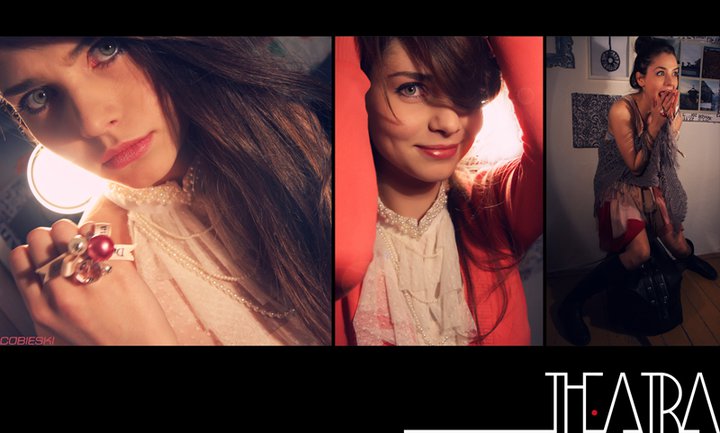 Natasha Petrovik was born in Shtip 1988 where she finished her primary and secondary school education. She studied at the Faculty of Dramatic Arts in Skopje where she graduated in the Acting Department under Prof. Vlado Cvetanovski and Prof. Mimi Tanevska. At the time of her studies, in 2010, she became a member of the founder’s team of the independent theater for performing arts, Theatra, where she currently works.

By now she has acted in three productions by Theatra as Célimène in Misanthrope, Elikia in The Sound of Cracking Bones and in the radio stage performance Illusion all directed by Biljana Radinoska.

Still, Natasha began her professional career in her hometown even before her studies, where she took part in several professional shows produced by National Theater Shtip. These are the plays: Ilinden Dream Visions directed by Vasil Shumanski, Bed of Cactuses directed by Encho Halachev, Tartuffe directed by Vlado Cvetanovski and a number of children’s plays and poetry readings as well.

From 2007 on she has vigorously participated in several exam plays at the Faculty of Dramatic Arts among which the exam show Orchestra B.B. as well. It won the first prize from the jury and audience at the student festival FIST in Belgrade. She also performed in the plays: Railroad for Summer Spring and The Doll Ship directed by Nela Vitoshevik and also Life Is a Dream directed by Vlado Cvetanovski, produced by MNT Skopje.

The last two projects she took part in are the films: The Piano Room directed by Igor Ivanov – Izi where she plays the leading woman role and also the film To The Hilt directed by Sole Popov. The films are expected to premiere in 2013.